On the 9th of March 2022, Re-Imagine Europa and SoBigData++ organised an event to present the white paper “Towards a Digital Ecosystem of Trust: Ethical, Legal and Societal Implications” authored by Jeroen van de Hoven, Giovanni Comandè, Salvatore Ruggieri, Josep Domingo-Ferrer, Francesca Musiani, Fosca Giannotti, Francesca Pratesi and Marc Stauch as part of the SoBigData++ project. The event saw the participation of over eighty key representatives from academia, policy, industry, CSOs, NGOs, and other stakeholders.

The European vision of a digital ecosystem of trust that the white paper outlines is based on innovative technological solutions, a comprehensive regulatory framework, and respect for the core values and principles of ethics that are shared by the Union’s Member States. SoBigData++ is the largest pan-European social science data research project. Establishing a framework where data subjects can feel safe sharing their data is crucial to facilitating the development of data science in Europe. The white paper’s aim is precisely to discuss the methods for promoting data sharing, building privacy-preserving technologies, and fostering data decentralisation and data altruism to develop a model for responsible digital innovation in Europe and beyond.

Re-Imagine Europa’s Chief Executive Erika Widegren opened the meeting by underlining the timeliness of a discussion on a digital ecosystem of trust within the context of the broader geopolitical challenges. The floor was then passed to Brando Benifei, Member of the European Parliament and Rapporteur for the Special Committee on Artificial Intelligence in a Digital Age (AIDA).

Mr Benifei reiterated that a healthy digital environment has a substantial influence on how the EU is positioning itself in such a difficult geopolitical situation as it is an increasingly important part of the battlefield on which the struggle between democracies and authoritarian regimes is taking place.

He then explained that all the regulations recently issued by the European institutions, from the Data Services Act to the Data Market Act and the AI Act currently in preparation, are conceived to build a concrete frame for a Digital Ecosystem based on safety, transparency, and trust. The European model EU institutions are working to develop will incorporate the shared values of respect for fundamental rights. It shall be based on high levels of protection for data and the principle of human oversight over AI and digital processes. At the same time, a certain level of flexibility should be allowed to maintain a dialogue with systems based on different approaches.

The floor then passed to the event’s Chair and moderator, Luca De Biase, Founder and Chief Editor at Nòva24 – Il Sole 24 Ore and Media Research Director at Re-Imagine Europa. After a few remarks about the fact that distrust is often the rule in the current European digital environment, and the effort to rebuild trust is thus critical, he introduced the participants to the first panel.

The first to take the floor was Giovanni Comandé, Full Professor in Comparative Private Law at Scuola Superiore S. Anna – Pisa (Italy). He briefly presented the topics included in the “Towards a Digital Ecosystem of Trust: Ethical, Legal and Societal Implications” white paper, which he authored along with the other participants of the first panel. One of the most relevant points of his intervention was that the Data Act’s text clarified the rules of the GDPR in terms of data portability, addressing the previous legal uncertainty and effectively enabling innovation. He also explained that the same uncertainty is still unaddressed on data standards and interoperability. That issue will have to be solved to achieve a legal framework that fosters a digital ecosystem of trust.

The floor then passed to Josep Domingo-Ferrer, Professor of Computer Science at Universitat Rovira i Virgili – Tarragona (Catalonia). Taking from Professor Comandé’s intervention, he stated that we need to balance the need for digital innovation and the protection of our ethical values. In light of this, technologies conceived to provide privacy-by-design could prove very useful. Professor Domingo-Ferrer illustrated a few examples: decentralised anonymisation of data, which exploits the computational capacity of portable devices to anonymise data with a higher security level and incentivised participation by offering services in exchange for data sharing by users.

Francesca Pratesi, Research Member of the Information Science and Technology Institute of the Italian National Research Council (ISTI-CNR) – Pisa (Italy) was next on the floor. She described the SoBigData++ Research Infrastructure and its features more in detail, presenting the six thematic clusters developed and offering a few examples of data micro-aggregation and other ethical and privacy-by-design characteristics.

After a quick one-minute break, the second panel started. Yvo Volman, Head of the Data Policy and Innovation Unit of DG Connect (European Commission), spoke first. Mr Volman said that trust is a critical prerequisite for people willing to make their data publicly available to the wider public. Therefore, clearer rules are needed to define who and in which circumstances can use the various pools of data shared and guarantee that the rule of law is respected in the digital world as they are in the physical world. At the same time, these rules should also ensure that companies are accountable for the innovations they introduce into the market since it would be irresponsible to propose innovations without carefully considering their effects on our society and economy. Europe is making an effort to emphasise the idea of the autonomous citizen with fundamental rights as the central idea of its digital development model.

The floor then passed to Jeroen van den Hoven, Leader of SoBigData++ Ethics Board, Full Professor of Ethics at the Technical University Delft, and Chair of the European Group of Ethics (EGE). Professor van den Hoven started his intervention by making an overview of the various approaches to digital technologies in the different parts of the world. He gave an overview of the most remarkable: the US model, which tends to privilege the big corporate interests over individual rights, the Chinese state-controlled surveillance economy style, and the Russian model, whose features are still unclear. Professor van den Hoven then explained that the next decade would show if this idea of a European “new way” to digital ethics is feasible to defend the liberal-democratic system that is part of our European lifestyle. Furthermore, it will be decisive in defining the fate of Europe: will Europe be the museum of the world or the cradle of a new digital renaissance? 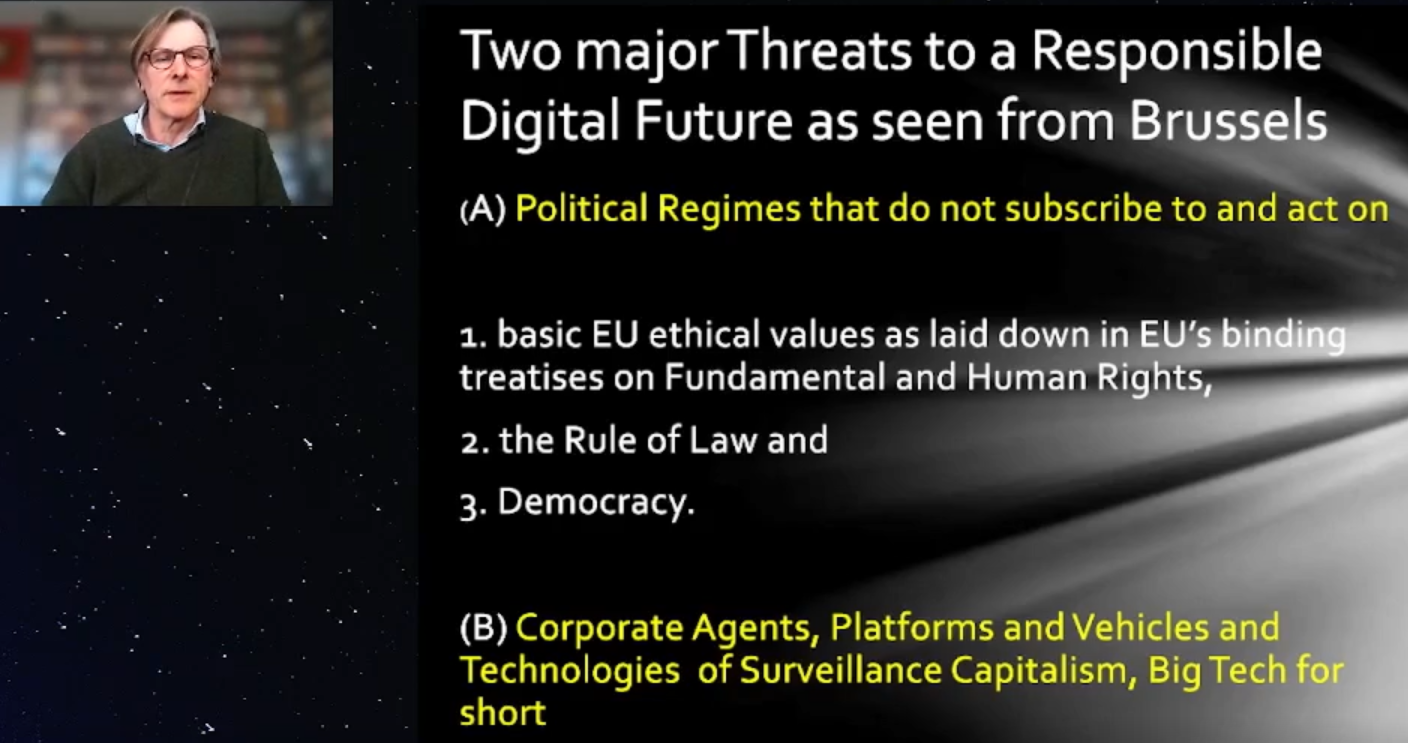 Figure 2 – The  major threats to a European Responsible Digital Future

The third panel started with the intervention of Gry Hasselbalch, Senior Key AI Ethics Expert and Research Lead at INTouchAI.eu. Dr Hasselbalch stated that there are different paths to creating data infrastructures that are now competing at the global and local levels in the current development phase of digital technologies. The main stakeholders of this process are the citizens, companies, and institutions supposed to regulate it. It is thus important to consider that while developing a European way to ethics about AI and data, we are also distributing power “by design”. Therefore, policymakers should carefully reflect on the kind of society we want to foster for our future. Which type of institution are we empowering? We need to think carefully about which kind of society we are creating. We also need more dissemination and open conversations since European citizens must have a say about the role of data technology in our communities.

The floor then passed to Maria Savona, Professor of Applied Economics at the Department of Economics at LUISS University, Rome. Professor Savona started her intervention by expressing her idea that, especially when it implies creating value from a social perspective, we should protect data property rights and create other incentives for individuals to share their data. She then presented a few essential questions about how data regulation should be conceived: By making privacy central, are we giving up other fundamental rights? What kind of data architecture can facilitate data collection and stimulate data sharing while protecting individual and collective rights? Among the objectives of the European Commission’s Data Governance Act, issued in late 2021, was creating an EU market for data intermediaries, which is, in principle, an excellent idea. But, as recently stated also by the European Data Protection Supervisor, this is also opening new questions: Who is going to guarantee that those data intermediaries will act transparently? Who will ensure they are accountable for how the data shared by citizens is used?

Fosca Giannotti, Professor of Computer Science at Scuola Normale Superiore and Researcher at the Information Science and Technology Institute “A. Faedo” of the National Research Council – Pisa (Italy), opened the fourth panel. Professor Giannotti began her intervention by highlighting the need to support human oversight on algorithms and AI-supported processes to improve citizens’ trust in technology. She then introduced the XAI project, whose main goals are empowering individuals over automatised processes and implementing explainable algorithms and human oversight in the field of AI and digital technologies. After a brief description of the two different methods available to provide explainability to AI algorithms and similar processes, professor Giannotti stated that allowing interaction between AI mechanisms and humans could be an excellent methodology to enhance the citizens’ trust in such technologies.

Virginia Dignum, Professor of Responsible Artificial Intelligence at Umeå University, Sweden, was next on the floor. She stated her concerns about how AI systems are conceptualised and how the data economy transforms our societies. AI systems are currently regarded as having agency, while they should be considered an ecosystem of different technological, societal, and human elements. Moreover, the data economy pushes our society towards “datification”, the tendency to think of data produced as the only way to represent itself. We are much more than our data, both as individuals and society, and we should always keep this in mind. Therefore, we should extend our ex-ante wishful thinking on data and algorithms beyond the concepts of data privacy and security. The same debate should also encompass data governance and the methods we apply to collect and use it.

The floor then passed to the event’s Chair Luca De Biase, who gave his final remarks, mentioning the need to balance between more concrete governance to improve the impact of technology on our society and the flexibility required to stimulate innovation in a constantly developing field.