This full-day conference aimed to address some of the most pressing questions around the impact of digital transformations on democratic institutions in Europe and beyond. Considering recent events and the urgency to understand this complex relationship, renowned speakers from policy, academia, journalism and civil society came to Berlin to reflect on different aspects of political legitimation, societal trust, scientific evidence and public discourse in a rapidly changing media environment under the scientific leadership of Professor Manuel Castells.

The communication ecosystem is central to a well-functioning society. Its influence in shaping minds – and thus reality – has been emphasised by its enormous impact on recent political events, underlining the fact that the control and ownership of the internet is one of the most important battles of our time.
Hosted by the Berlin Brandenburg Academy of Sciences and Humanities, the forum brought together leading experts from academia, politics, industry, civil society organisations and media to come up with proposals of how a European model for a digital society could look like and which values should guide this process.

The discussions built on the work developed by the ALLEA Working Group Truth, Trust and Expertise and acted as the starting point for Re-Imagine Europa’s task force on “Democracy in a Digital Society”. Questions addressed included: How can we maintain a healthy media ecosystem in a digital world? How does disinformation spread on social media? What is the role of narratives in creating shared world views? What is the value of societal trust in scientific evidence? How can we deal with big data in an ethical way?

The outcomes of the discussion will form the backbone of the “Roadmap for a New Model of the Digital Information Ecosystem” that can promote concrete actions on what should be done at a European level in the coming 5 years.

Here you can find the full conference report. 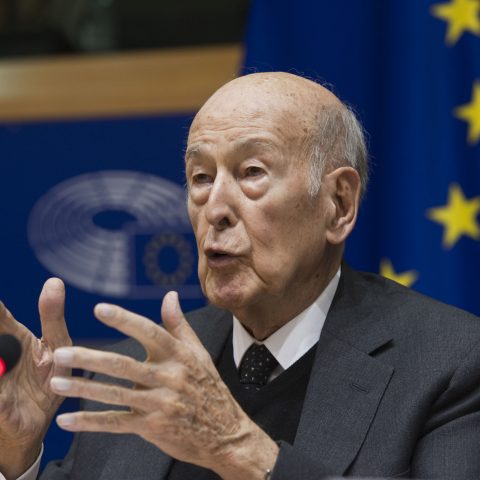 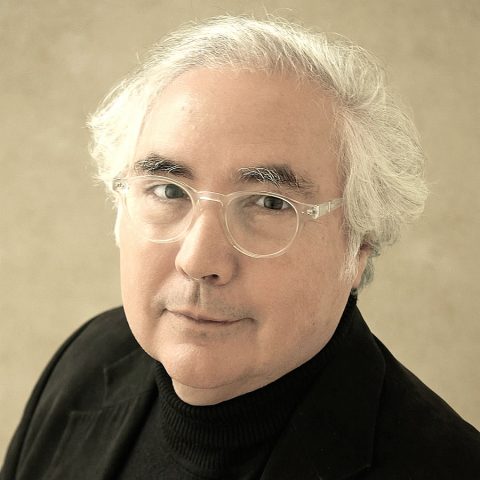 Manuel Castells
Wallis Annenberg Chair in Communication Technology and Society at the University of Southern California and Chair of RIE Task Force on "Democracy in a Digital Society"
Read more ..
Manuel Castells is Professor of Sociology at the Open University of Catalonia (UOC) and Wallis Annenberg Chair Professor of Communication Technology and Society at the Annenberg School of Communication, University of Southern California. He is Professor Emeritus of Sociology, and Professor Emeritus of City and Regional Planning at the University of California, Berkeley, where he taught for 24 years. He is a fellow of St. John’s College, University of Cambridge. Professor Castells hold the chair of Network Society, Collège d’Études Mondiales, Paris. He was Assistant Professor of Sociology at the University of Paris, Associate Professor of Sociology at the School for Advanced Studies in Social Sciences, University of Paris (1967-1979), Professor and Director of the Institute of Sociology of New Technologies at the Autonomous University of Madrid (1988-1993), Research Professor on the Higher Council for Scientific Research (CSIC) in Barcelona (1997) and Professor of Sociology and of City and Regional Planning at the University of California, Berkeley (1979-2003). Between 2004 and 2010 he held multi-year appointments as Distinguished Visiting Professor at the Massachusetts Institute of Technology (2004-2009), at Oxford University (2007-2010) at Santa Clara University (2008-2010) and at Cambridge University (2012-2014); he was also Director of the Internet Interdisciplinary Institute, Open University of Catalonia. He has been a Visiting Professor in 17 universities around the world and invited lecturer at hundreds of academic and professional institutions in 45 countries. Mr. Cstells has authored 26 books, including the trilogy “The Information Age: Economy, Society, and Culture”, translated in 23 languages. He has also co-authored and edited additional 22 books. He has received, among other distinctions, the Guggenheim Fellowship, 1982; the C. Wright Mills Award from the American Society for the Study of Social Problems, 1983; the Robert and Helen Lynd Award from the American Sociological Association, 1998; the Order of the Lion of Finland and the Order of Arts and Letters from the French Government, 2002; the Ithiel de Sola Pool Award from the American Political Science Association, 2004; the Order Gabriela Mistral from the President of Chile, 2005; the Order of Santiago from the President of Portugal and the Cross of St. Jordi from the Government of Catalonia, 2006; the National Prize of Sociology and Political Science from Spain, 2008; the Erasmus Medal of the Academia Europaea, 2011; the Holberg Prize 2012 from the Norwegian Government; Balzan Prize for Sociology from International Balzan Prize Foundation, in 2013; Eulalio Ferrer Prize and International Award UCLG – MEXICO City – Culture21, 2014. He has received Honorary Doctorates from 15 universities in Europe, North America, Latin America, and Asia as well as several honorary professorships and university medals. He is a honorary member of Economist Association in Catalonia, a numerary academician of the Spanish Royal Academy of Economics and Finance, an academic of the Academia Europea, of the British Academy, of the Mexican Academy of Sciences and of the American Academy of Political and Social Science. Among other distinguished appointments he was a member of the United Nations Secretary General´s Advisory Board on Information Technology and Global Development, and a member of the United Nations Secretary General´s Advisory Panel on the Global Civil Society. In 2005 he was appointed by the European Commission to be a founding member of the Scientific Council of the European Research Council. In 2008 he was appointed to the Governing Board of the new European Institute of Innovation and Technology (EIT) created by the European Union to stimulate the research cooperation between universities, business and society. 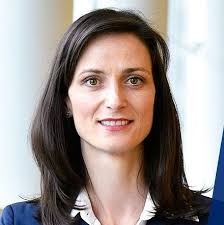 Mariya Gabriel
European Commissioner for Digital Economy and Society
Read more ..
Bulgarian-born Mariya Gabriel is the current European Commissioner for Digital Economy and Society. She was the Vice-President of the EPP Group in the European Parliament from 2014-2017. Mariya Gabriel was a Member of the European Parliament, EPP/GERB (Citizens for European Development of Bulgaria) from 2009-2017. Since 2012, Mariya Gabriel has served as Vice-President of EPP Women. Prior to this she was Parliamentary Secretary to MEPs from the GERB political party within the EPP Group in 2008-2009. She is part of project teams, such as Digital Single Market, Energy Union, Better Regulation and Interinstitutional Affairs, Budget and Human Resources, and Jobs, Growth, Investment and Competitiveness. As a member of the project teams, her responsibilities include launching ambitious proposals for the completion of a connected Digital Single Market, supporting the development of creative industries and of a successful European media and content industry, as well as other activities turning digital research into innovation success stories. 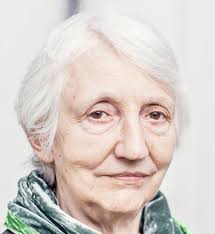 Baroness O’Neill of Bengarve
Co-chair of the ALLEA Working Group Truth, Trust and Expertise and former President of the British Academy
Read more ..
Onora Sylvia O’Neill, Baroness O’Neill of Bengarve CH CBE FBA (born 23 August 1941) is a philosopher and a crossbench member of the House of Lords. The daughter of Sir Con Douglas Walter O’Neill, she was educated partly in Germany and at St Paul’s Girls’ School, London before studying philosophy, psychology and physiology at Oxford University. She went on to complete a doctorate at Harvard University, with John Rawls as supervisor. During the 1970s she taught at Barnard College, the women’s college in Columbia University, New York. In 1977 she returned to Britain and took up a post at the University of Essex; she was Professor of Philosophy there when she became Principal of Newnham College, Cambridge in 1992. She is an Emeritus Professor of Philosophy at the University of Cambridge, a former President of the British Academy 1988-1989 and chaired the Nuffield Foundation 1998-2010. In 2003, she was the founding President of the British Philosophical Association (BPA). Until October 2006, she was the Principal of Newnham College, Cambridge, and she currently chairs the Equality and Human Rights Commission. 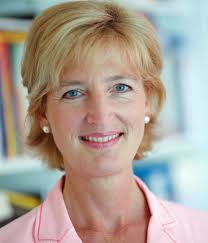 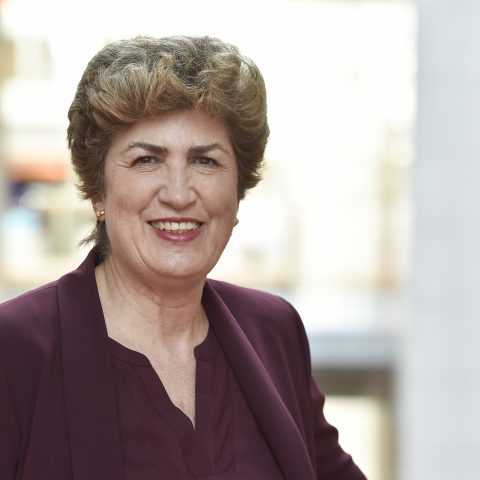 Krzysztof Szubert
Former Secretary of State / Deputy Minister of Digital Affairs, Poland. Visiting Fellow, University of Oxford, UK. Strategic Advisor of National Research Institute (NASK). Member of the Council of the National Centre for Research and Development (NCBR)
Read more ..
Krzysztof Szubert is Former Secretary of State / Deputy Minister of Digital Affairs of the government of Poland and Government Plenipotentiary for the Digital Single Market. Mr Szubert has held managerial posts in both Polish and foreign enterprises in the ICT industry for more than twenty years and was nominated “Personality of IT” for his contribution to the industry. He has also been a member of the Multistakeholder Advisory Group (MAG) to the Secretary-General of the United Nations. A Polish entrepreneur, in 1998 he became President of the Management Board and Chief Operations Officer at CONNECT DISTRIBUTION, a company which specializes in value added distribution of specialist software within Central and Eastern Europe. In 2012, he was appointed Minister of Digitization in the BCC Economy Shadow Cabinet. He was the Initiator and Chairperson of the Coalition for the Development of the Information Society (KRESI) – a platform which seeks to foster dialogue and cooperation among the most important environments and organizations related to the communications and IT industry to accelerate the development of the information society in Poland. In 2015, he was awarded the “Polish ICT – Man of the Year” prize, which is given annually by the Burda-Magazine / CRN. In the past, he has served as a member of the Digitization Council at the Ministry for Digital Affairs, Strategic Advisor to the Minister in the Ministry of Digital Affairs, and Plenipotentiary of the Minister for International Affairs. From 2016, he served as a member of the ‘eGovernment Steering Board’ at the European Commission - composed of Member States representatives responsible for their national eGovernment strategies. He became Secretary of State / Deputy Minister of Digital Affairs in March 2017. In November 2017 he was named one of Central & Eastern Europe’s emerging technology stars in the 2017 New Europe 100 list. He was appointed Strategic Advisor of National Research Institute NASK and Special Advisor (Digital Strategies) of FIPRA International Brussels in 2018. He is chaiman of KSGA Ltd. - Board and Strategic Digital Advisory Services. 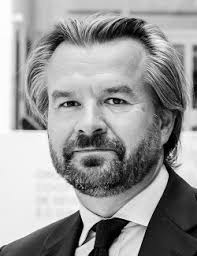 Anthony Gooch
Director of Public Affairs & Communications at the Organisation for Economic Co-operation and Development (OECD)
Read more ..
Anthony Gooch was appointed Director of Public Affairs & Communications at the Organisation for Economic Co-operation and Development (OECD) in April 2008. Prior to this he headed the European Commission’s Media and Public Diplomacy operations in the United Kingdom, promoting the EU's major global policy initiatives on issues such as Climate Change. Between 2003 to 2006, he was based in Washington DC, heading the Commission's Media and Public Diplomacy operations in the United States, focusing on EU-US trade relations, competition cases such as Microsoft, EU global environmental and energy initiatives, bilateral negotiations on Open Skies and homeland security issues. From 2002 to 2003, he was the EU’s Visiting Fellow to the University of Southern California Los Angeles Annenberg School, teaching and researching on globalization issues. He has been a Fellow of the USC Center for Public Diplomacy since 2005. Between 1999 and 2002, he acted as the EU’s Trade Spokesman and special adviser to the EU’s then chief trade negotiator Commissioner Pascal Lamy, participating in WTO Ministerial Meetings in Seattle and launching the Doha Round, negotiating China's WTO entry, Free Trade Agreements with Latin American and African countries, launching the Everything but Arms Initiative and work to improve access to lifesaving medicines for the world’s poorest countries. From 1995 to 1999, he specialised in EU relations with Latin America, co-ordinating the EU negotiating team to secure a Global Agreement and FTA with Mexico. Prior to joining the European Commission he worked for a strategic EU public affairs consultancy and as a freelance journalist. He has a Postgraduate degree (DEA) in Political Science & International Relations from the Institut d’Études Politiques de Paris and an MA in Modern History from Cambridge University.