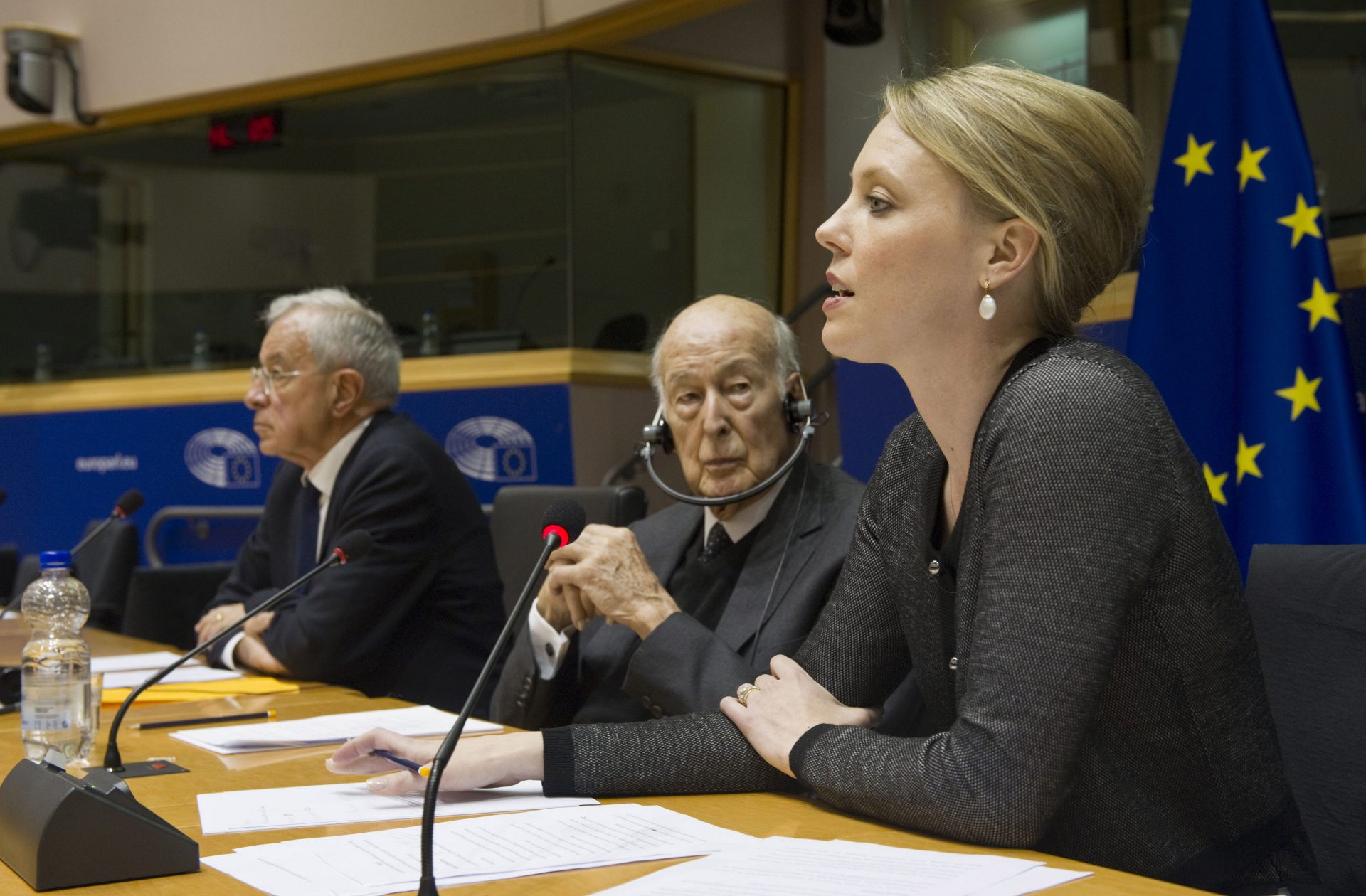 Europe is in danger because of a lack of new ideas.

We need new ideas to overcome the challenges and of tomorrow and adapt to the global, digital and highly mobile world we live in today. Ideas are the most powerful tool we have as humans.

The right ideas can mobilise millions of people and change reality.

Let’s develop the ideas that will change the future together.

We nurture and incubate political ideas to build a stronger, more competitive and fairer Europe.

The objective of Re-Imagine Europa is to reinforce Europe’s role as a global economic power in the 21st Century able to safeguard a prosperous future of peace, freedom and social justice for all its citizens.

“As Europeans, we are at a turning point- we must re-seize the pragmatism that was so central to the founding spirit of the Union or be swept away by the tide of history. From individuals to nations to the European institutions, we must work together to tackle our joint challenges.”

The arrival on the scene of digital technologies changed the world. Fundamental concepts such as space and time changed meaning, making it possible to communicate instantly across the globe and be in two places at once. The ramifications of these powerful technologies were at first only seen as progress as industry after industry transformed. However, how this cataclysmic change will impact society and the institutions that govern it are only now beginning to be understood. Society, like any other entity, is in constant evolution, developing in parallel with changing environmental transformations and adapting to the world around it.

Today, individuals, organisations and even nations operate as actors in much more complex and interactive networks. Whilst new technologies have transformed the way we interact and communicate, our governance structures are still based on the local, national, and sometimes regional institutions developed – for the most part – nearly one hundred years ago for a very different world.

As political, economic, financial and academic elites are struggling to come up with viable solutions to cope with this shifting paradigm, we are witnessing the rise of groups and social movements which are not feeling included in this globalising world and are resisting the power of these networks. Not just in Europe. This sense of alienation, of not belonging, has been translated into anti-establishment, anti-government, anti-elite movements across the world. From the Hong Kong to Santiago, Catalonia to Paris and seeing the end of traditional political and party systems in country after country.

In a situation of structural uncertainty derived from financial volatility, technological revolution, geopolitical instability, massive human migrations and a crisis of legitimacy in the political institutions, there is little room left for institution building at the scale of a European Union. Citizens retrench in their known national boundaries and reject to share their fate with those with whom they do not share a basic identity. Thus, is this the end? There is no way out towards a new, stronger Europe?
No. We believe that the challenges posed by a changing paradigm present a unique opportunity to reimagine Europe and to demonstrate how we can only solve the challenges posed by this global, digital, highly mobile world by joining forces and using our common strength to develop a new shared vision, based on the fundamental values that unite European citizens.

At the dawn of the twenty-first century, the European Union, as dreamed by the visionary politicians who dared to engage in one of the most remarkable political experiments in history, could be considered a success. It had become the largest economy in the world, with around a quarter of global domestic product (GDP), the largest consumer market, the largest repository of non-military science and technology knowledge on the planet, and a decisive share of global finance. Prosperity in terms of income, assets and social benefits was the highest on the planet. Democracy and human rights were rooted in the daily practice of European societies, and the institutions of co-governance, however bureaucratic, kept functioning. To overcome the current multidimensional crisis, we contend that the only positive path forward is to reimagine Europe. If we want to safeguard those values and institutions most cherished by European citizens, we must go beyond our national, party and sectoral interests and put citizens at the centre of the new European project.

Whether we like it or not, the future is already here. Or rather, the world has changed while our institutions and the intellectual framework holding it up has not adapted to the times we live in. At Re-Imagine Europa we are very aware of the challenges that the 21stcentury has brought with it and are convinced that a stronger, more united Europe, is the only positive path forward if we, as Europeans, want to take our destiny into our own hands.

At Re-Imagine Europa, we are aware of the momentous opportunity and challenge that lay ahead of us. We are convinced that if we work together, motivated by a will to create a better, fairer and more resilient world, as Europeans, we can find a way ahead – guided by our values – and advance a vision of the world in which we want our children and grandchildren to live. Aware of the frustration over growing inequality, weakening sense of solidarity and the central role that preserving our rights will hold in defining this new vision, we hold that this is an opportunity that Europe cannot ignore. On the contrary, Europe must take the lead and provide a new vision for a fairer, more equal and sustainable economic and social model.

What is sometimes seen as the weakness of democracy is also its strength: it is us, the citizens, who ultimately define our future. By engaging in debate, by shaping the minds of the people around us, we define the course of history. And paradoxically, the same technologies and tools that have created this new global economy and digital society, also provide us with tools to empower and unite us in ways previously unimaginable.

Therefore, Re-Imagine Europa will concentrate its activities on focusing on developing a shared vision of where we want to go and the values that should guide us there. This is where we can overcome our political and national differences and create a vision for the future that unites us and allows us to pick-up the march towards the Europe dreamed-up by the founding fathers.

“The battle for a renewed democracy and for a new European dream can only be won if we win the battle at the institutional, cultural and digital level”